Cathy McHorse is one amazing parent, inspired to get involved in the fight against arthritis after her son Grant was diagnosed at age 12 with juvenile arthritis. A simple newspaper article about Austin’s Walk to Cure Arthritis prompted Cathy to make contact with her local Arthritis Foundation office in 2011, nearly three years after Grant’s initial diagnosis.

END_OF_DOCUMENT_TOKEN_TO_BE_REPLACED

Over the past three decades, Mayro Kanning has had 25 surgeries for her arthritis, including knee and hip replacements and operations on her neck, back and hands.

She’s had to give up horseback riding, tennis and racquetball, which were once her favorite pastimes. Today, performing everyday tasks like opening containers, buttoning a blouse or putting on socks is next to impossible.

Despite having to say No to many things rheumatoid arthritis (RA) prevents her from doing, Mayro has an unstoppable, ‘Yes I can’ attitude when it comes to fundraising and fighting the disease. She’s been courageously leading her Walk to Cure Arthritis team, Mayro’s Milers, for 13 years.
END_OF_DOCUMENT_TOKEN_TO_BE_REPLACED

Because of their deep commitment to the arthritis community, and with generous support from their friends and relatives, the Anderson family of Wisconsin has raised almost $100,000 for the Arthritis Foundation since coming aboard as volunteers more than a decade ago. This past weekend, they celebrated the latest round of their fundraising feats by taking part in 2016’s first Walk to Cure Arthritis event at the nearby Mall of America.

Why do the Andersons walk? They do it for the estimated 300,000 kids in the United States affected by juvenile arthritis (JA), including one of their own. Alexandria Anderson, nicknamed Alex, was diagnosed with JA at age 4. Her mother, Tobie, says they initially went through what many families experience: “Lots of pain and struggles, but no answers,” then relief at finally knowing what was going on.
END_OF_DOCUMENT_TOKEN_TO_BE_REPLACED

When Mariah Aquino-Truss was four-years-old, she named one of the bumpy hills near her house the “Arthritis Hill,” because every time she and her mother, Tory, drove over the hill, the bumps in the road would cause her to cry out in pain.

END_OF_DOCUMENT_TOKEN_TO_BE_REPLACED

David Covall, MD, is a board-certified orthopedic surgeon in Atlanta who has become a 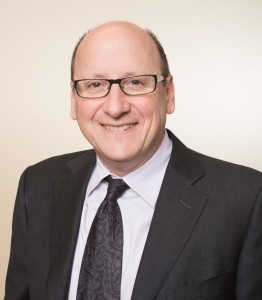 Champion of Yes for all we do at the Arthritis Foundation. Besides his staggering fundraising work for the organization – for example, he’s a corporate chair for the Walk to Cure Arthritis, helped raise $61,000 (at press time) and secured $40,000 in sponsorship for the event – Dr. Covall has been a valuable volunteer for the Science pillar.

Dr. Covall became a Science volunteer last year and quickly jumped in to offer his services for the group. Earlier this year, he joined the 2015 Scientific Discovery Advisory Committee (SDAC) earlier this year, and now represents the SDAC as a speaker at Arthritis Foundation events in the regions. He was a reviewer for the Scientific Strategy and serves as an advisor to the osteoarthritis and rheumatoid arthritis Big Data projects.