Champion of Yes has come to mean different things to different people. To many, it means refusing to let arthritis win – to stand up, push back and say, “Enough is enough. I won’t let arthritis stop me or anyone else from living life to its fullest!”

In recent blog entries, you might have read about some folks who embody the Champion of Yes spirit. People like Alex Jakobson who climbed Mt. Kilimanjaro and in doing so raised more than $7,000 to support our mission. Or maybe you read about Graci Diggs, an 11-year-old kid who lobbied and testified before the Missouri State Legislature and was instrumental in the passage of laws that will help the arthritis community in her home state.

Today, we have the pleasure of introducing you to Dr. Walter and Kay Winterhoff who, in their passing, exemplified the Champion of Yes spirit and 8 students who, with the Winterhoff’s support, will achieve their academic goals.

Walter and Kay lived active lifestyles. Kay had arthritis but refused to let it interfere with her love of tennis and golf. In their wills, Walter and Kay bequeathed  a generous donation to the Arthritis Foundation for the establishment of our first collegiate educational scholarship endowment for students with rheumatic diseases.

The scholarship program started in the fall of 2010 originally supporting three students who attended public universities in Arizona. Since then it has grown to become a national scholarship that has supported 28 students with $7,500 each per academic year and the opportunity to renew the award every subsequent academic year (up to 4 years total).

Here’s our most recent awardees: 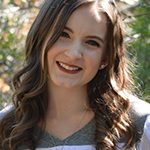 Molly McComb was diagnosed with juvenile rheumatoid arthritis when she was 10 years old and is attending Wake Forrest University. She plans to major in political science and work on health care legislation after she graduates. 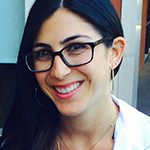 Samantha Bell was diagnosed with juvenile arthritis when she was 10 years old and is currently a third-year medical student at the University of California San Francisco. She plans to be a pediatrician, using her knowledge and experience to help all kids who have chronic illnesses. 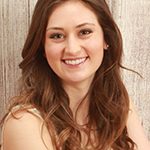 Rachel Mershon was diagnosed with juvenile rheumatoid arthritis when she was a teenager. She is a student at Cal Poly Technical State University and plans to combine her culinary skills with a degree in nutrition to help patients use diet, in compliment with traditional therapy, to manage or prevent chronic illnesses. 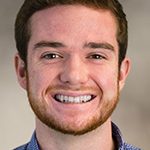 Sean Bliven was diagnosed with juvenile rheumatoid arthritis when he was 9 years old. He’s currently in his second year of medical school at the University of Florida College of Medicine and continues to operate a free medical clinic with other medical school students and physicians in the area. 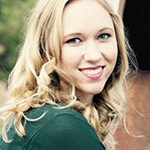 Caitlin Ryan was diagnosed with juvenile idiopathic arthritis when she was 3 years old and is in her second year at California State University Long Beach. She is also a member of Alpha Omicron Pi Sorority. 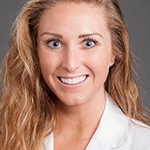 Katlin Poladian was diagnosed with ankylosing spondylitis when she was 14 years old and is a medical school student at Wake Forest University School of Medicine. She plans to become a pediatric rheumatologist, helping kids achieve their dreams. 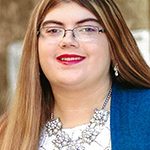 Mikayla Lee Bowers has systemic onset psoriatic arthritis and is attending Virginia Wesleyan College to study biochemical science and technology. This is the first academic step in achieving her dream of becoming a pediatric rheumatologist and juvenile arthritis researcher. 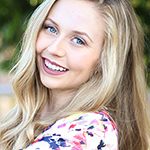 Mikayla Minnig was diagnosed at age 3 with juvenile idiopathic arthritis and is starting her second year at California State University Long Beach. She is a passionate advocate for the arthritis community and is majoring in political science with the goal of becoming a high school government teacher.

As you can see, our 2017 Winterhoff Arthritis Scholarship recipients are well on their way to doing some amazing things. We posthumously thank Walter and Kay Winterhoff for their thoughtful dedication and support, and we congratulate our 2017 scholarship winners, wishing them continued success in all their endeavors as they perpetuate the Champion of Yes spirit.

Read more about the Winterhoff Endowed Scholarship and support the  Arthritis Foundation with a charitable, tax-deductible gift.