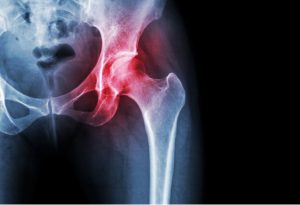 The Search for Osteoarthritis Therapies

“Novel Therapies for Osteoarthritis” included both positive and negative results. First, the not-so-great news: Marc Hochberg, MD, of the University of Maryland School of Medicine, discussed the safety results of the anti-nerve growth factor drug, tanezumab, which has received a lot of attention but hasn’t yet been reviewed for approval by the FDA. The study found that compared to nonsteroidal anti-inflammatory drugs (NSAIDs), use of tanezumab was linked to a higher rate of side effects, including rapidly progressing osteoarthritis (OA) and total joint replacement; the higher the dose of tanezumab, the higher the rate of these side effects. (Another study, also presented at the conference, found that tanezumab at the lower dose did not relieve pain much better than NSAIDs do.)

A study from Keele University in England found that an ultrasound-guided corticosteroid injection plus a short-acting anesthetic into the hip joint led to greater improvements in pain and function compared to best current treatment and no injection. But it also found that patients who received the anesthetic but no corticosteroid reported similar improvements, suggesting a placebo effect may be at play. Another study, headed by Lisa Stamp, PhD, of the University of Otago in Christchurch, New Zealand, found that nortriptyline, a tricyclic antidepressant (sometimes used to treat chronic pain), provided an insignificant reduction in pain in people with knee OA. Similarly disappointing were the results of a study led by Liana Fraenkel, MD, a rheumatology researcher at Yale School of Medicine, which found that cognitive behavioral therapy is not ‘non inferior’ to meloxicam at reducing pain and disability from knee OA, suggesting that some patient may have to continue taking NSAIDs long-term. (NSAIDs are known to increase the risk of heart attack, stroke and serious GI problems.)

Now for the positive results: One study found that a topical containing 5% capsaicin (the active component of chili peppers) for 1 hour a day for 4 consecutive days was better at relieving OA knee pain than topicals with 1% or no capsaicin, and the effect lasted up to three months. Those who received the 5% mixture reported a little more irritation or pain, but it subsided a bit each consecutive day. A second study found that a joint injection of a drug called sprifermin (a synthesized fibroblast growth factor) helped maintain cartilage thickness after three years in patients at high risk of developing knee OA compared to similar patients who did not get sprifermin. –ANDREA KANE

Patient Partner Perspective: Nick Steen is a veteran who lives with osteoarthritis. He wants to encourage others with OA to understand how important physical activity is to managing OA symptoms and pain. He attended several sessions about OA and heard this echoed in each session. 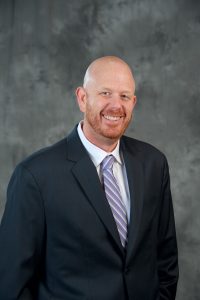 “Physical activity is a common theme in all the sessions I’ve attended, when it comes to what’s the best treatment for OA.” – Nick Steen

Nick has been trying to increase his level of physical activity to manage OA, including participating in cross fit training, and reports it has made a big difference.

The Effects on Knee OA of Sitting Too Much

The time we spend sitting each day has increased by nearly an hour between 2008 to 2016. A study presented by Dana Voinier, a researcher at the University of Delaware, and colleagues sought to discern whether leisure sitting – like watching TV –and whether sitting at work worsened knee OA over two years. The researchers found that spending at least four hours of leisure time sitting may increase the risk of worsening knee OA as seen on X-rays. They also learned that there is additional concern for those who primarily sit at work, and they recommend reducing overall time spent sitting. –BRYAN D. VARGO

Patient Partner Perspective: Raquel Masco lives with osteoarthritis and learned about the latest research and treatments in several sessions related to OA – including one on reconstruction of the knee, wearable technologies and the release of new OA treatment guidelines. 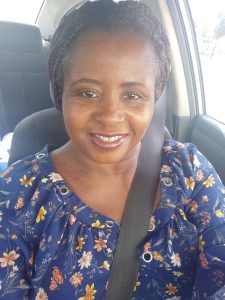 “OA causes pain that is hard to touch, even with meds, at least for me.” – Raquel Masco

It was interesting to learn that a wearable device can be effective to help increase physical activity, which I also learned is the best treatment for OA. Many of the other patient partners and I found that virtual reality can also be used in treating patients with arthritis to help with pain and improve physical activity.

Research presented by Hiral Master, PhD, looked at whether there is an association between walking speed and mortality risk in middle-aged adults younger than 65 at risk of or with existing knee OA. The study determined that walking more slowly than 1.22 meters per second during a 20-meter walk test – the minimum speed and typical distance required to cross a street with a timed crosswalk – is associated with a higher risk of mortality at theinitial testing. However, those who had a meaningful decline in walking speed at the one-year follow up did not have any greater risk of mortality, suggesting that there is a threshold for determining risk. – BRYAN D. VARGO