Genes Play a Role in Disease Changes in Pregnancy

What do women with rheumatoid arthritis (RA) expect when they are expecting? The rule of thumb has long been that RA goes quiet during pregnancy but flares after delivery. But that’s not true for everyone, and researchers in Copenhagen, Denmark, and Oakland, California, are trying to figure out why. In two small studies, they looked at gene expression profiles of women with RA who had similar disease activity pre-pregnancy, and then again during the third trimester and at three months post-partum. They compared these gene profiles to those of healthy women. Researchers found a pre-pregnancy genetic signature that predicted improvement or worsening during pregnancy. They also found differences between the RA and healthy groups in gene expression during the post-partum period. –MARCY O’KOON 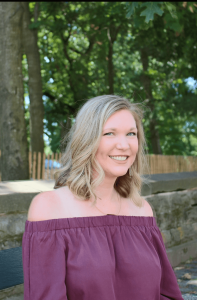 rheumatic conditions and pregnancy. As a patient of child-bearing age, she is concerned about having enough resources and information about family planning with RA but also how any reproductive health legislation impacts rheumatology patients.

“Rheumatology patients and their rheumatologists need to strengthen their conversations about their reproductive health.” –Shannan O’Hara

Rheumatology patients who plan their pregnancies have better outcomes according to some of the research she heard at ACR, so Shannan wants other patients with RA like her to understand how vital it is to communicate and discuss any family planning with their doctors. She says this states the case for even more support for patient engagement in the decision-making of health care for arthritis.

Is Remission That Important Anyway?

A presentation by members of EULAR (the European League Against Rheumatism), deconstructed remission – that is, the absence of disease activity in inflammatory types of arthritis (such as RA). Titled “The Road to Remission is Long and Bumpy but Worth It in the End,” the presenters first examined how remission is measured. (Doctors use 17 different combinations of function scales, blood markers and joint exam results.) Another presenter looked at the benefits of remission, including better function, less disability and joint damage and longer overall survival – but noted that there is a trade-off between the aggressive treatment needed to achieve remission (more medication, more doctor visits and tests) and the benefits of achieving it. A third presenter examined whether certain medications are better for achieving remission, or if it’s the overall strategy that counts. (Hint: it’s the strategy.) And the last presenter took a look in the crystal ball to see if doctors will be able to predict remission using molecular changes, similar to methods used for certain types of cancer. The answer? Yes, but not yet. –ANDREA KANE

Doctors cannot predict which RA patients can successfully taper or stop biologics. A group of researchers set out to determine whether a machine could do better. They designed a computer algorithm that used real-world patient clinical data and analyzed variables, such as percentage change in biologic dose, disease activity, disease duration and levels of inflammatory markers. They found that a machine could learn to predict flares after tapering and saw its performance improve as more patients’ clinical data was added. The aim is one day to provide physicians with a reliable tool for guiding decisions about tapering medication. – MARCY O’KOON

Why Sky-High Biologic Prices?
Public spending in the U.S. on biologics almost doubled between 2012 and 2016 due mostly to drug price hikes over those years – not to more people getting access to them, one study found. Natalie McCormick, PhD, a post-doctoral fellow at Harvard Medical School and Mass General Hospital, and her team analyzed data from Medicare (Parts B and D) and Medicaid. In one analysis, for example, they determined that price increases for 11 biologics accounted for 56% ($1.7 billion) of the increased spending (after adjusting for inflation) in Medicare Part D, compared to 37% ($1.1 billion) for an increase in new users. Adalimumab (Humira) and etanercept (Enbrel), two of the oldest and most widely prescribed biologics, had the biggest increases in price. ––ANDREA KANE

Tapering Biologics When They’re Hard to Get
In the United States, people who take biologics and reach remission are often eager to taper off the medication, but in New Zealand, the decision is difficult, even though it’s recommended by EULAR. In her abstract session, “Rheumatoid Arthritis Patients’ Perspectives on Tapering of Biologics,” Lisa Stamp, PhD, of the University of Otago in Christchurch, explained that fewer biologics are available to people with inflammatory arthritis in New Zealand, where a government agency decides which drugs are subsidized. Patients must try and fail numerous other medications (from methotrexate to gold shots) for many months before qualifying for a subsidized biologic. “These people have been through a lot to get to a biologic,” Stamp said. As a result, they were anxious that if they tapered off it, they wouldn’t be able to get it again if their disease worsened. However, not having to get injections or infusions “makes you feel like you’re well.” Participants wanted to make the decision to taper with their rheumatologist, but better tools are needed to help patients make the decision and feel assured that their needs would be addressed. –JILL TYRER

Inflammatory Arthritis Infection Risks After Joint Replacement
Despite the good safety record of nearly 1 million total hip and knee replacement surgeries performed annually in the U.S., they are not without risk, including infections. A study presented by Susan Goodman, MD, director of the Integrative Rheumatology and Orthopedics Center of Excellence and the medical chief of the Combined Arthritis Program at the Hospital for Special Surgery, showed that rheumatoid arthritis (RA) patients are at a higher risk of developing a prosthetic joint infection compared to those with OA. In addition, the length of time after surgery that patients stayed at risk was longer for those with RA than OA. Dr. Goodman cited several reasons, including the use of medications such as immunosuppressants, having active RA, having disabilities, the implants themselves, tobacco use and revisions of previous implants. – BRYAN D. VARGO

Patient Partner Perspective: Laura Genoves attended this session, which brought up some major concerns for patients with RA like her. 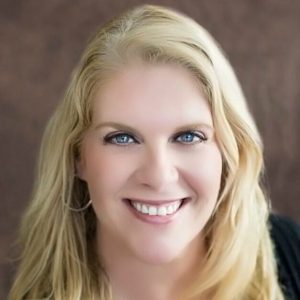 “Hearing that RA patients have an increased risk of infection after joint replacement surgery made me feel wary.” – Laura Genoves

Laura was glad to learn that researchers are trying to better determine what factors contribute to this increased risk of infection. People with RA must be aware of what can potentially happen post-surgery. All surgeries come with risks associated, but it’s a whole other level of risks to consider for people with RA, so Laura feels like this is definitely something patients should know and discuss with their rheumatologists.