Have you thanked your doctor today?

March 30, 2016, marks the 174th anniversary of the first use of general anesthesia in surgery. On that date in 1842, in Jefferson, GA, Dr. Crawford Long used ether to anesthetize a patient who had a tumor removed from his neck.

Nearly a century later, on March 30, 1933, the first Doctors’ Day observance occurred in Winder, GA, where the wife of Dr. Charles B. Almond proposed setting aside a day that included mailing greeting cards and placing flowers on the graves of deceased doctors. In 1958, a resolution commemorating Doctors’ Day was adopted by the U.S. House of Representatives. Finally, in 1990, following overwhelming approved approval by Congress, President George H.W. Bush turned the commemoration into a national holiday. Ever since, according to the website, doctorsday.org, March 30 is the day we celebrate “the contribution of physicians who serve our country by caring for its citizens.” 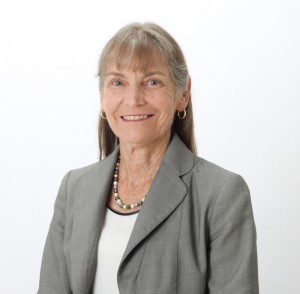 In the late 1970s, when Robin Dore decided she wanted to become a rheumatologist, the Arthritis Foundation funded her fellowship at Harbor-UCLA Medical Center. Ever since, Dr. Dore has poured her heart and soul into giving back. 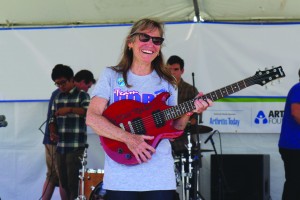 Hanging on the wall of her office in Tustin, CA, is a guitar inscribed with “My Doc Rocks” to honor her team’s contributions to the Walk to Cure Arthritis. It’s the fifth guitar Dr. Dore (a.k.a. “Rockin’ Robin”) has won for her team’s fundraising success in Orange County and serves as a unique conversation piece that leads her to talk about the Foundation jump-starting her career.

Dr. Dore credits her late husband, Cliff Locks, with the idea that arthritis doctors and patients are crucial to the Arthritis Foundation’s efforts to raise funds to conquer the disease. It was easy to convince her adoring patients to get behind the effort. Other doctors in the area soon followed suit, forming their own teams and drumming up support among their patients.

Since Team Dore formed in 2005, they’ve contributed almost $250,000 to the Arthritis Foundation. In fact, Dr. Dore is the impetus for – and founding member of – the Foundation’s “Top Doc Club,” which was piloted in 10 markets last year and has now gone nationwide. Physician-led teams who raise $2,500 or more for the Walk to Cure Arthritis automatically become members of the exclusive club.

“The Arthritis Foundation is a proven organization that helps us fight for the rights of our patients,” Dr. Dore says. “We need the science they support to find better treatments. We need their advocacy network to make sure our patients have access to new medications.” Dr. Dore encourages all arthritis-related health care providers in the U.S. to get involved with the Arthritis Foundation, including the Walk to Cure Arthritis.

To further recognize her, the Arthritis Foundation presented our Health Care Professional of the Year Award to Dr. Dore last November for her generous contributions to the arthritis community. (Click here to see Dr. Dore’s acceptance remarks.)

So on this National Doctors’ Day, we salute and express our deep gratitude to Dr. Dore and all physicians across the country treating the millions of Americans who battle arthritis pain and disability.

We encourage you to thank your doctor today and support efforts to alleviate the current shortage of pediatric rheumatologists in the United States. Click here to learn more.