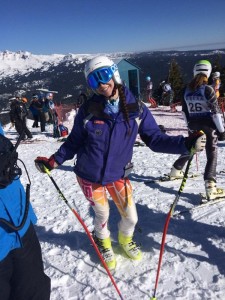 Devon Salasin is a junior at Penn State University and a talented snow skier. So good, that she recently placed 23rd out of 107 skiers at the National Collegiate Alpine Race. But skiing wasn’t always fun or easy for Devon.

In 2011, Devon was diagnosed with juvenile rheumatoid arthritis (JRA). Overnight she went from a carefree kid pursuing her snow ski racing passion to a kid burdened with pain, swollen and deteriorating joints, and fatigue.

Devon had difficulty finding a medication that effectively treated her arthritis. She tried and failed three different biologic drugs before finding one that worked. Two years later, she was the Pennsylvania alpine race champion.

Can you imagine what could happen if Devon’s biologic medication were switched with new biosimilar drugs without her or her physician’s knowledge and consent?

Biosimilar medications are similar but not exact duplicates or generic versions of biologic drugs. While their introduction into the market place provides another treatment option for people living with arthritis, their effects could vary as compared to their biologic counterpart.

Thankfully, Devon doesn’t have to worry any more.

On July 20, 2016, Pennsylvania Governor, Tom Wolf, signed into law Senate Bill 514 (SB 514), the Generic Equivalent Drug Law. This bill requires communication to the patient and physician when prescriptions for biologic medications are filled with biosimilars. It also provides physicians the opportunity to override substitutions, especially when the patient is already taking a biologic that is effectively treating their arthritis.

“Without my biologic medicine, my story could be very different,” said Devon. “I, like all children with JRA, deserve the right to a productive life and a chance to give back to society as functioning people. This bill will help me stay in remission.”

Our Advocates actively lobbied for passage of SB 514 over the past two years, most recently at the 2016 Pennsylvania Advocacy & Access Day on June 29, 2016. Advocates met legislators at face-to-face meetings and contacted them by US Mail, email and phone, telling their arthritis story and urging them to support the bill.

Their voices were heard!

On June 30, the day after our Advocacy & Access Day, the Pennsylvania House of Representatives approved the bill with a vote of 195 to 0. Then, on July 11, the bill was passed by the Senate by a vote of 48 to 0. With overwhelming bipartisanship support of the bill, Governor Wolf signed the bill into law.

Hanna Gruen is one of our Pennsylvania Advocates and lobbied for passage of SB 514.

“Fantastic,” said Hanna, when she heard the bill passed. “It proves, once again, how prolonged, kind badgering and patience brings success!”

Issues affecting access to care exist in every state. Learn how you can use your voice and arthritis story to make real and meaningful change, like SB 514, by joining our Advocate program.