Our Advocates have been busy. Very busy. And the results are fantastic!

Due in part to tireless work by our volunteer Advocates, 9 states passed legislation within the first six months of 2017 to address issues with biosimilar medications.

Biosimilars are a new class of medications that are similar in effect but not identical to biologic medications. With their introduction to the marketplace, patients have more treatment options that could be less expensive. However, there has been no clear path for regulating and monitoring substitution of biologic drugs with biosimilar drugs. These new laws require pharmacists, when substituting biologics with biosimilars, to communicate the change to the patient and their doctor.

Kansas, Minnesota, Nebraska, Nevada, New Mexico, South Carolina, Iowa, Maryland, and Montana all passed biosimilar legislation this year, bringing our total number of states that have enacted similar legislation over the past several years to 35.

In addition to our Advocates who worked toward passage of these bills, we owe significant gratitude to the state lawmakers who sponsored and championed the bills through the legislative process and the governors who signed the bills into law. On behalf of the arthritis community, thank you for your commitment and support.

Learn more about our advocate program and how you can get involved in your state! 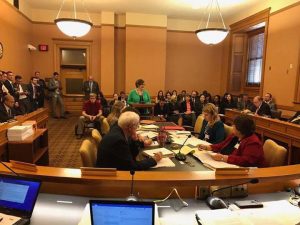 “It was an honor being able to testify in both the House and Senate committees on the issue of biosimilars,” said Staci Penner, Arthritis Foundation Advocate from Newton, KS. “Both my daughter and I have arthritis and we are each on a biologic.  It is critical that safeguards be put into place as biosimilars come to market and that communication occurs between the pharmacist, physician and patient.”

“As a patient who has been on multiple biologics, I am thrilled that protections have been put in place that ensure I will be receiving the medication my doctor has prescribed and not unknowingly receiving a medication that is similar, but has a different engineered proteins than the drug my doctor was intending for my treatment,” said Kelli Carlson, Arthritis Foundation Ambassador from MN. 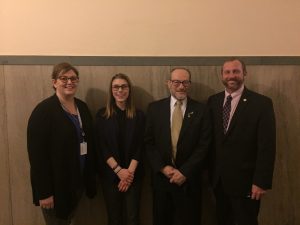 Bill Signed Into Law:  May 9

“We discuss my daughter, Zoe’s, treatment plans at length with her pediatric rheumatologist and are thankful that this legislation includes the communications component,” said Jackie Newman, Arthritis Foundation Ambassador from Lincoln, NE. “Thank you Governor Ricketts for signing this bill into law.”

“I was thrilled to have the opportunity to represent the 2,800 children with arthritis in Nebraska by testifying at the biosimilars hearing earlier this year,” said Ally Johnson, an 18 year Arthritis Foundation Advocate from Hastings, NE.  “This legislation is important to all of us. Thank you Senator Kuehn and Governor Ricketts.” 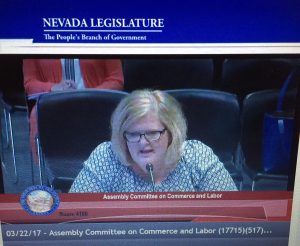 “Biologics have been a lifesaver for my daughter,” said Kim Bennett, Arthritis Foundation Advocate from Las Vegas, NV. “I felt that it was important to testify in favor of AB 245 as I know the critical need for clear communication between the pharmacist, doctor and patient.” 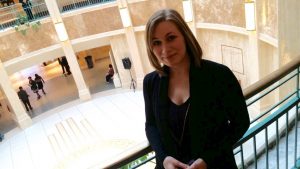 “Testifying was an exciting experience for me as a patient with arthritis.  I was especially interested in this bill, knowing how important and lifesaving biologics have been for people with arthritis.  A huge thank you to the NM legislature and the Governor for recognizing the importance of communication between the pharmacist, physician and patient,” said Katelyn Burd, Arthritis Foundation Advocate from Albuquerque, NM. 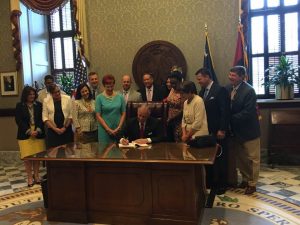 “Recent legislation introduced in the South Carolina House and Senate (H.3438 and S.299) would enable pharmacists across South Carolina to offer patients the chance substitute a lower-cost biosimilars medication for a brand-name biologic,” said Kay Harvey, Arthritis Foundation Ambassador from Columbia, SC. “This is the same ability pharmacists have in offering generics.”

One thought on “Nine Major Wins in 6 Months!”