My name is Katie Roberts and I’ve lived with a severe and debilitating form of psoriatic arthritis for nearly 40 years, and psoriasis, a painful skin condition, for nearly 30 years. I’m an Advocate for Arthritis and the Chair of the Maryland Advocacy committee because I’m passionate about sharing my story to break down barriers to care, especially step therapy.

At an appointment with a rheumatologist at age 17, I was told I would likely not live long enough to see my 21st birthday – my body was slowly shutting down from years with an autoimmune disease. It was more than the arthritis and psoriasis. The autoimmune disease had started to affect my digestive system, bladder, liver, kidneys, heart, and lungs.

My doctors prescribed a treatment regimen that was the best of what was available at the time. This allowed me to live past my prognosis, but it did not put me in control of my disease. My medical team had prescribed countless drugs, and I even participated in 3 experimental drugs protocols at NIH.

Later that year, in 2002, a biologic drug, was made available through a study at NIH. Within 3 weeks, I was out of a wheelchair, and within 6 weeks was walking unassisted. My psoriasis went from 80% body coverage to less than 5% body coverage within 8 weeks.

It was my miracle drug. It literally saved my life. I was able to join the workforce again and go on to have a very successful professional career. Little did I know then that all the progress that I made would be thwarted years later by step therapy.

I had been stable on my biologic treatment for years, with coverage for my biologic through my employers’ private insurance. In the middle of a plan year, my insurer sent me a letter informing me my biologic injections would no longer be covered under my plan until I went through “step therapy protocols”. They told me that I would have to try and fail a less-costly alternative treatment before they would to cover my biologic.

My insurer’s decision to force me through burdensome step therapy protocols not only interrupted my life, but it brought my life to a standstill. This step therapy decision was overly burdensome in three major ways:

Within 4 weeks of going off treatment, I was back in a wheelchair – that’s just four weeks to go from a fully functioning active adult to wheelchair. That’s how fast this disease can progress if not stabilized. Unfortunately, I was forced to continue this step therapy journey for ten months – leading to 14 surgeries, countless doctors visits, missed time from work, and ultimately health care costs that far exceeded the price of my biologic treatment.

I need your help in teaching Congress about the importance of step therapy reform, and calling on our legislators to sponsor this important piece of legislation. Take five minutes to send your Member of Congress your support.

On Tuesday, March 12, Virginia joined the ranks of 22 states that have passed legislation to curb step therapy. House Bill 2126, which was signed into law by Virginia Gov. Ralph Northam, reforms step therapy, or “fail first,” insurance protocols that force patients to try and fail an insurer-preferred medication before the medication their doctor originally prescribed. This legislation places important guardrails to protect patients from the inappropriate use of burdensome step therapy protocols.

Patients and providers have been working hand in hand on reforming step therapy protocols in Virginia since 2016. Countless touchpoints with legislators have gotten us across the finish line, including letters sent to legislators, op-eds published in local newspapers, coalition-based initiatives through Fair Health Care VA and even state legislative days with in-person legislator meetings in Richmond.

Dr. Harry Gewanter, Arthritis Foundation Ambassador and chair of the Virginia advocacy committee, played an instrumental role in the success of this bill. Of the step therapy win, Dr. Gewanter says: “This legislation will help patients receive appropriate therapies when their unique circumstances need personalized treatment and ensure that the patient-physician relationship remains at the center of care decisions.”

The Arthritis Foundation thanks all legislators who have supported the bill, specifically Delegate Davis, who has championed this bill for four years. You can share your gratitude with the legislature as well! 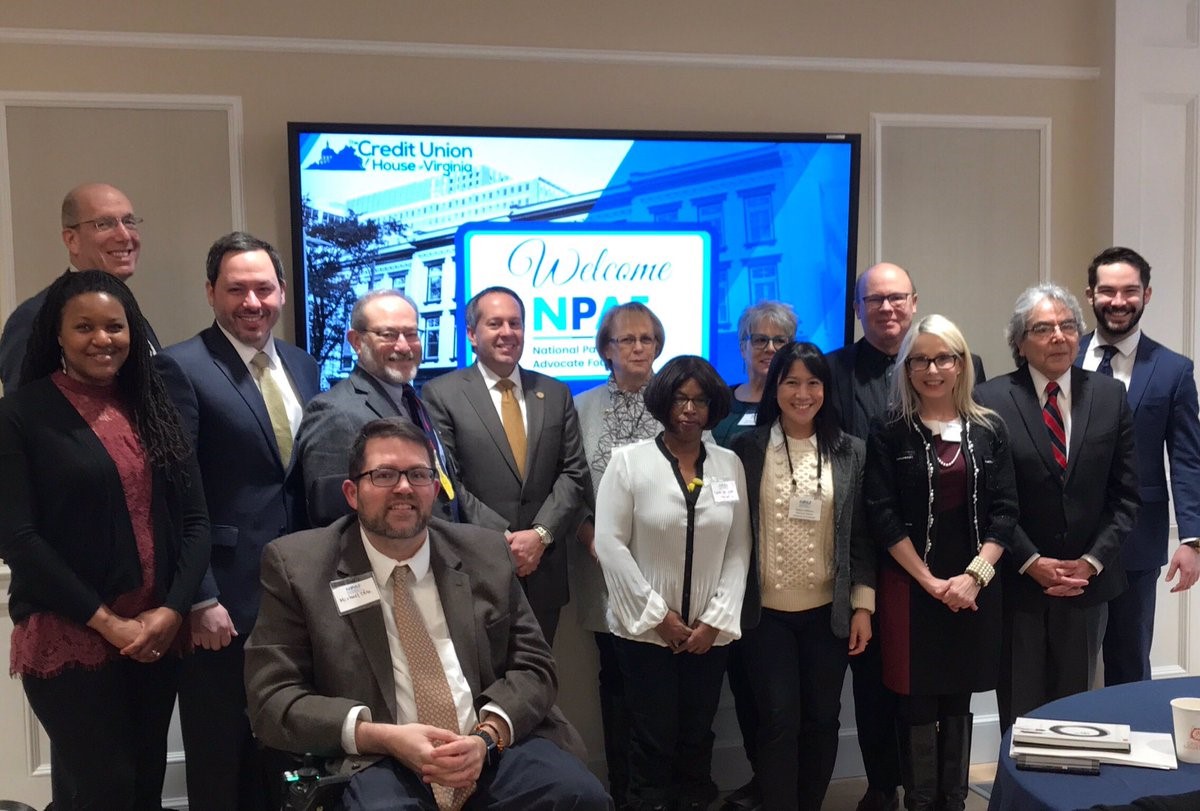 If you have a step therapy story, we want to hear from you.

You can learn more about advocacy and amplifying your voice by becoming an Arthritis Foundation Advocate! Sign up today! 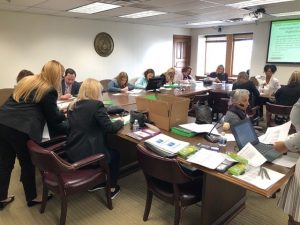 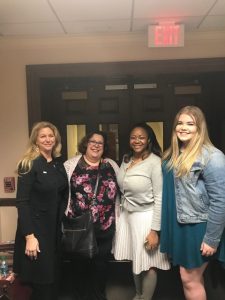 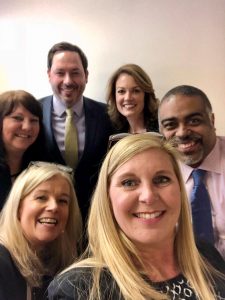 It’s been a busy year for patient advocacy – with significant wins at the federal and state levels. Read on to get the scoop on the results of the midterm elections, our 2018 year in review, and a look at what 2019 has in store. END_OF_DOCUMENT_TOKEN_TO_BE_REPLACED

We’ve reached the end of our advocacy blog series, and now it really is time to say “take care”!

Throughout this series, we’ve shined a spotlight on some of the hot button issues in health policy that can have an impact on your health care. The blog series was meant to help you take care when it comes to important arthritis care and coverage issues. With open enrollment for Medicare and the health care exchanges closing soon, we wanted to close out the year’s blog series reminding you of those important deadlines for health care. You can check out the year’s Take Care blog posts here. END_OF_DOCUMENT_TOKEN_TO_BE_REPLACED

Considering a Medicare Advantage plan for 2019?

An important change is coming that you should know about!

The administration recently released guidance that allows Medicare Advantage (MA) plans to use step therapy. This is new for next year and a few health insurers have already said they will institute the policy. In this week’s Take Care blog, we break down the issue to help you make the best choice during open enrollment season. Remember: Medicare open enrollment has already started and continues through December 7. Read on to get the scoop on this change to Medicare Advantage plans.

END_OF_DOCUMENT_TOKEN_TO_BE_REPLACED

In a strong show of bipartisanship, the U.S. House of Representatives and U.S. Senate overwhelmingly passed two pieces of legislation at the end of September that would make it easier for pharmacists to tell patients about their payment options at the pharmacy counter.

Beginning last spring, the Arthritis Foundation led the charge by building support in Congress and among other patient and provider organizations about the importance of this legislation. The bills moved quickly through the legislative process thanks to the strength of Arthritis Foundation Advocates and Ambassadors, who called on their members of Congress to vote in favor of the legislation by sharing their stories.

END_OF_DOCUMENT_TOKEN_TO_BE_REPLACED

It’s that time of year again! Leaves are changing, seasons are shifting and it’s officially time to kick off all things open enrollment. Learn the ins and outs of open enrollment so you have the tools to find the plan that works best for you.

Start here with our 10 Tips for Managing Your Care Costs video – it’s  quick and easy, and in less than five minutes you’ll be 10 tips closer to mastering your health coverage.

END_OF_DOCUMENT_TOKEN_TO_BE_REPLACED

We are continuing our advocacy blog series meant to help you take care when it comes to important arthritis health care and coverage issues. If you’re just now tuning into this series, check out our previous advocacy blog posts here. In August, we kicked off a focus on health insurance benefits as we approach open enrollment this fall. This week, we take a closer look at association health plans.

END_OF_DOCUMENT_TOKEN_TO_BE_REPLACED

On May 19, Minnesota Gov. Mark Dayton signed HB 3196 into law! Step therapy legislation gives physicians a clear path toward getting their patients the medications they need.

Having access to affordable, effective and specialized medication is critical for the 54 million Americans living with doctor-diagnosed arthritis nationwide, including over 900,000 in Minnesota. The Arthritis Foundation thanks the bill’s sponsors and Gov. Dayton for helping provide these patient protections to Minnesotans.

Step Therapy is a practice used by insurers that requires people with arthritis to try lower-cost medications before allowing more expensive treatments, despite a physician’s recommendation.