On February 13, 2019, dozens of Capitol Hill staffers joined the Arthritis Foundation, the American College of Rheumatology and other patient organizations for a special Arthritis 101 briefing on arthritis and the military. Approximately one in every three U.S. veterans has doctor-diagnosed arthritis, while the general population stands at one in four, about 25 percent.

The second leading cause of medical discharge from the military is arthritis. Service members endure rigorous training exercises on a regular basis, carrying upwards of 70 pounds of gear on their backs. Over time, this physical strain on their joints begins to cause aches and pains that don’t just go away with rest. In many cases, this prolonged strain creates post-traumatic osteoarthritis, a kind of OA caused by wearing out a joint exposed to any kind of physical injury. 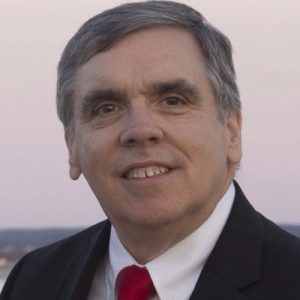 At 21, Bill Goulet was serving in the U.S. Navy during the Vietnam War, when a severe pain in his knees made him buckle. When Bill saw a doctor, he learned the cartilage in his knee had begun deteriorating and was diagnosed with chondromalacia patella. He started a regimen of physical therapy. Then he began using crutches and a cane to get around easier. Fortunately, his Navy job was spent at a computer developing defense programs instead of having to be in direct combat. Still, Bill left the Navy at age 25, being told, “You should be fine; when it hurts, take some aspirin.”

Anyone with arthritis knows that aspirin only goes so far. And it doesn’t prevent further joint damage from occurring. Bill still felt aches and pains, and after he turned 40, he began what has become a more than $900,000 journey of treatments and surgeries to treat his osteoarthritis. One of his orthopedic surgeons said the wear-and-tear on his joints probably dated back to his time in the service, and only worsened without proper treatment over time.

Bill, along with the other panelists, emphasized that specific research into arthritis and its connection to the military could help detect and adequately treat arthritis early among service members of all backgrounds. “If 33 percent of military veterans develop arthritis,” he says, “that’s 33 men out of a unit of 100 who aren’t there for backup in an attack.” The overall effectiveness and readiness of our military depends on their physical health and strength to get the mission accomplished. A standalone arthritis research program could lead to an even more tactically-efficient, battle-ready and healthier military.

At the close of the briefing, Steve Smith urged attendees to tell their members of Congress to prioritize a letter to request an arthritis research program for $20 million through the Department of Defense (DOD) Congressionally Directed Medical Research Program (CDMRP). Each of the panelists noted that this research would benefit soldiers, sailors, marines and airmen with arthritis, as well as the rest of their units who rely on them. They have to perform at their best. And they’re owed the best, least-costly health care possible after military service.