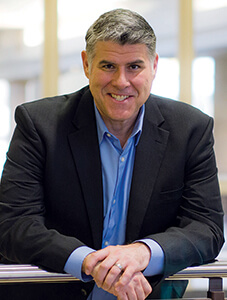 The following year, Mark was training for another Ironman competition when he developed pain in his wrists and hands that spread to his fingers, feet and toes. After a trip to the emergency room, blood tests confirmed that he had RA.

Prednisone and methotrexate effectively controlled his RA, but then he was diagnosed with vasculitis (inflammation of blood vessels), and Mark’s doctor put him on a biologic, which has helped control the disease and ease his symptoms.

His healthy habits also play a role. “I made modifications initially to my diet to lose weight, but if I have processed sugar or gluten today and am not aware of it, I can feel it in my joints,” says Mark, who shares his story in speeches and in his book, Unleash the Beast: A Journey to Rediscover the Greatness Within (Silver Tree Communications, 2016).

Today, his exercise includes swimming, indoor cycling and walking. He left a stressful job to take a law position where he feels less pressure.

“I know that when you’re first diagnosed with RA, it can feel overwhelming,” he says. “I want others to know that it’s possible to successfully manage your pain and to adopt a healthier lifestyle that can also benefit your RA.”

Angela Alexander: “Have a doctor who listens to you” 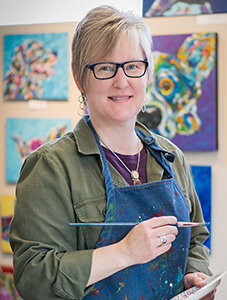 It’s easy to see from Angela Alexander’s whimsical contemporary dog paintings that her love of canines has inspired her artwork. What isn’t as obvious is that her painting style has evolved partly as a result of the stiffness and joint pain in her hands from RA.

“My earlier paintings featured a pop art style, featuring layers and layers of color on a black canvas,” says the Asheville, North Carolina, artist. “When I started having pain in my elbow, I began using larger paintbrushes and big, bold strokes.”

Inspiration for her first dog paintings was her Chihuahua, Sadie, who had mask-like markings. “My trademark became dogs wearing goggles similar to Sadie’s markings,” says Angela, 44. Since Sadie’s death several years ago, her inspiration has come from her two Chihuahua mixes, Maya and Frida, and she has become sought-after for her colorful pet portraits.

But there are days when her pain takes priority. “I don’t try to push through the pain. So on days that I feel well, I’ll paint a lot, and on days where I’m in pain, I give my elbows a rest,” she says.

Angela began feeling pain in her hands and hips about seven years ago. Anti-inflammatories didn’t help, and as with many others who have RA, she wasn’t diagnosed quickly. After lab tests turned up negative for rheumatoid factor, she says her first rheumatologist “blew me off.”

It wasn’t until 2015, when her hands began swelling and her pain became worse, that Angela found a rheumatologist who listened to her, ran tests and diagnosed with RA.

“I cried when I learned I had RA,” she says, “The diagnosis offered me validation that my symptoms weren’t something just in my head.”

Her doctor prescribed methotrexate, which initially helped, but also made Angela, who has type 1 diabetes, feel sick. Corticosteroids were also off limits. “[They] make my blood sugar high, so I’m limited as to the medications I can take,” she says.

To manage her RA, she walks, meditates and rests when needed. She’s working with her doctor to find a medication regimen that’s right for her; currently she is trying a targeted disease-modifying antirheumatic drug (DMARD).

“My doctor would like to prescribe [a biologic], but my insurance will only cover a portion of the medication, so right now it’s not an affordable option.”

Angela uses her experience to educate people about RA. And she’s learned how important it is to keep trying if you don’t feel you’ve gotten the right diagnosis or treatment.

“Having a doctor who listens to you and can monitor your RA makes a world of difference,” she says.

Alyssa Pesesky: “I hope to offer support to others” 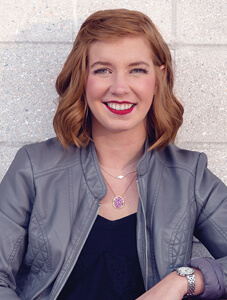 Alyssa Pesesky was 18 and preparing to go to college when she was hit with what she thought was a horrible case of the flu.

“I had a general achiness, and every time my hands or feet touched something, it was painful,” she says.

She was a student at LIM College, a fashion business school in New York City, but her arthritis kept her from taking a study-abroad opportunity.

“I was in the midst of going through tests to find out if I have Lyme disease, lupus or arthritis. I didn’t feel comfortable traveling outside of the United States when I didn’t know what was going on and how to control my pain,” says Alyssa, who still managed to serve as a student orientation leader and on the student council before graduating with a degree in business administration/fashion merchandising.

Now 26, Alyssa works as an assistant manager at a jewelry store in Elmira, New York. To manage her symptoms, Alyssa does low-impact exercises such as stretching, yoga and weight and elliptical machines two or three times a week.

“It was a weird feeling to be in college and to learn I had a health condition that I would have for the rest of my life – and because it’s an invisible illness, not everyone would understand how I was feeling,” Alyssa says. She hopes, through the support group, to “offer education and support to others who have been diagnosed with arthritis.”