Tom Neville will be running his second TCS New York City marathon this fall. He describes his first marathon in 2015 as exhilarating and beautiful but painful. So why will Tom be running a second marathon? He is running in honor of his niece Brielle, only 5 years-old, who has juvenile arthritis.

Brielle’s mom, Shannon Neville-Greenwood, thinks that Brielle had signs of arthritis before she and her husband Mike realized something was wrong. On Brielle’s first birthday, she had not yet started crawling on her knees, and she couldn’t stand without support. Brielle did not walk until she was 16-months-old. In 2012 at the age of 17 months, Brielle started limping. “We noticed her foot dragging and she was struggling to walk,” says Shannon. “The next morning, she was crying and she couldn’t walk at all so we took her to the doctor right away.”

A whirlwind of a week later, Brielle was diagnosed with juvenile polyarticular idiopathic arthritis (JIA) by Dr. Pan, a Pediatric Rheumatologist at Hospital for Special Surgery in New York City. She began treatment with NSAID’s and still could not walk. Only five months later, she started more aggressive treatment and began taking a biologic. Shannon and Mike closely watch Brielle for signs of a flare or medication side effects. “You never know when she could be well and then her medicine stops working or something goes wrong. We are just kind of in the waiting game. Right now, it’s working,” says Shannon. 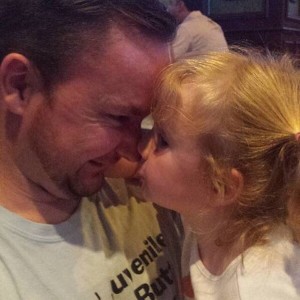 Tom remembers when Brielle starting taking a biologic. He remembers how his sister, Shannon, would have to hold Brielle down to give her an injection. “The pain Brielle has on her bad days would probably keep most people in bed,” says Tom. “She has a high pain threshold but it’s sad that she has to live that reality. I will do anything I can do to help her and other kids with arthritis.”

Tom always wanted to give back to his community and to others. After Brielle was diagnosed with JIA in 2012, he joined his family participating in the Walk to Cure Arthritis. Running a marathon has always been on Tom’s bucket list but he missed the lottery in 2015. When he received an email from the Arthritis Foundation about joining the TCS New York City Marathon team, Tom thought it was fate and never had a doubt in his mind that he couldn’t raise the $3,000 minimum for the team. 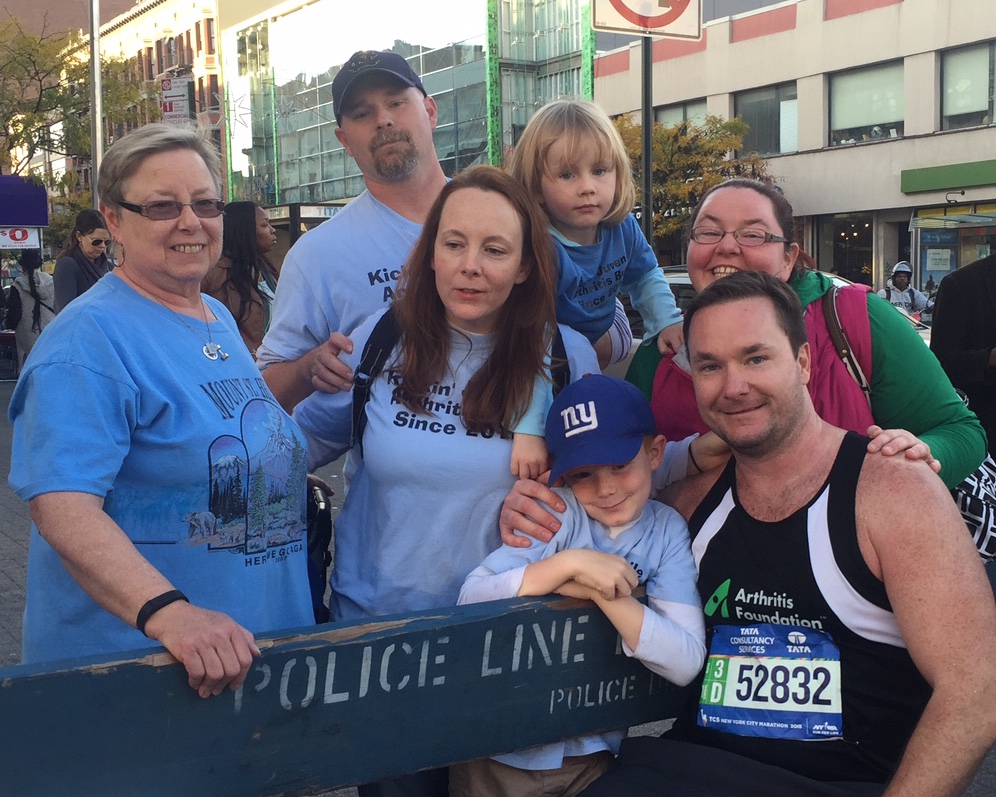 Tom planned a couple fundraising events at two bars where he works and through those and other donations, was able to raise more than $5,000 in 2015. “I had never done a marathon before but ran most of it in 2015,” says Tom. When he came to the 22 mile mark, his entire family was waiting for him and he got to see them before the finish line. “Seeing them and thinking about Brielle gave me the strength to keep going and finish strong,” says Tom.

Shannon and Mike struggle to put into words what Tom’s efforts mean to their family. “You just know that Brielle has an awareness of what Tom’s doing that’s beyond her years,” says Shannon. “What Tom is doing for her has given them a really special bond and it’s a beautiful thing to see. Brielle’s siblings, Trevor and Sydney, see what Tom is doing as well and it’s a great example for them” The Greenwood family knows that Tom took on a lot last year. They know it wasn’t an easy thing to run a marathon and fundraise. Thinking about Brielle kept pushing Tom beyond even what he thought he was capable of.

This year, Tom has planned more fundraisers for his marathon team, even a charity golf tournament being held August 8. He hopes to raise $10,000 this year and he hopes to conquer arthritis for Brielle. “She’s 5-years-old and she’s the strongest person I know,” says Tom.

To learn more about Tom’s fundraising efforts for the TCS New York City Marathon, including the charity golf tournament, visit his fundraising page.