The pain of childbirth – experienced by women throughout the world every day – is considered to be one of the worst pains humans can bear. But women don’t have to give birth to know more pain than men.

Research shows that women are more prone to developing painful musculoskeletal problems and autoimmune conditions than men. Fibromyalgia, for example, affects seven women for each man, and rheumatoid arthritis is two to three times more common in women than men. Lupus – a painful disease that affects the joints, skin and internal organs – is nine times more common in women than men. Women also outnumber men in a range of other painful problems including tension headaches, irritable bowel syndrome and osteoporotic fractures.

Just as the risk of many painful conditions is greater for women than men, research suggests women’s experience of pain tends to be greater too. “Women report pain more frequently and have a lower tolerance to painful stimuli,” says Beth Darnall, PhD, a pain psychologist at Stanford University School of Medicine in California.

In other words, even when men and women have problems that appear the same, women tend to feel and express more pain as a result.

Two recent studies of men and women with knee osteoarthritis – a condition that affects the sexes relatively equally – bear this out. In the first, published in 2014 in Osteoarthritis and Cartilage, researchers assessed pain in 2,712 men and women with knee OA. The researchers found that women generally reported greater knee pain than men even when the severity of OA as shown in x-rays was equal. The difference was greatest in women with widespread pain, suggesting that central sensitization – a condition in which the nervous system becomes highly activated – may be an important contributor to pain in this group.

In the second study, published in 2016 in Arthritis Care & Research, 288 men and women with knee OA completed a battery of pain assessments measuring their responses to cold, heat, mechanical pressure and pin-pricks applied to specific points on the skin. When compared to men, women exhibited greater sensitivity to pain stimuli, as well more widespread pain. These results suggest that enhanced central sensitivity may be an important contributor to pain in the women.

There is no single answer for why women experience more painful problems or more severe pain, Darnall says. Possible factors include hormone and nervous system differences between men and women.

She explains that women’s hormones are different from men’s, and “that is tied into the experience of pain.”

Studies on laboratory animals suggest the male hormone testosterone may provide a protective effect against pain. Researchers at Washington State University found that depriving male baby rats of testosterone made them more sensitive to pain, while giving testosterone to baby female rats made them less sensitive. When the male rats reached adulthood, giving them testosterone reversed their pain sensitivity.

“Women are also more prone to anxiety and depression, and these psychological factors and central nervous system functioning can put women at risk for greater pain,” says Darnall.

If pain is different in men and women, experts suggest that treatment should be too.

Many currently used pain treatments were developed when clinical trials largely excluded women. The effectiveness of some pain relievers may not have been adequately studied in women, and some have now been shown to be less effective in women. For example, in a 2003 study published in Anesthesia and Analgesia, researchers found that women required 30% more morphine than men to control their pain following a surgical procedure.

Furthermore, narcotic pain relievers can have harmful side effects in women, including risks to their babies if the drugs are taken during pregnancy or while breastfeeding, says Darnall.

To successfully treat pain, women may need to focus treatment on psychotherapy and other mind-body treatments for pain, anxiety and depression. Women may also need different drugs or different doses of drugs than are used in men. 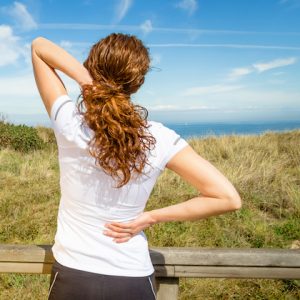 Your pain is as unique as you are. Use our new toolkit to better understand your pain, its triggers, and get tips and resources to track and manage your arthritis pain today!