Read about what step therapy put a young arthritis patient through.

My name is Sophie Sherman, and I am a rising high school senior from Brookline, Massachusetts. When I was 11, my parents started to notice that I wasn’t acting like myself. Instead of spending time with my friends after school, I would take four-hour-long naps on the living room sofa. Instead of asking for seconds on pasta night, I would barely touch my plate. It seemed like everything I did, be it physical or mental, consumed every ounce of my energy.

The breaking point for me happened during our family vacation in the summer of 2012. I woke up to an immense pain in my back that was completely debilitating; I was immobilized, unable to move from my bed. I didn’t know what was happening to me, and though I was frightened, the most alarming moment occurred a couple months later when my new rheumatologist diagnosed me with psoriatic arthritis. The confusion was the hardest part. Being only 11 at the time, I had no idea what the disease meant. Despite countless explanations from countless professionals, the only information that truly stuck was the fact that I was going to have to get weekly treatment in the form of a daunting needle. 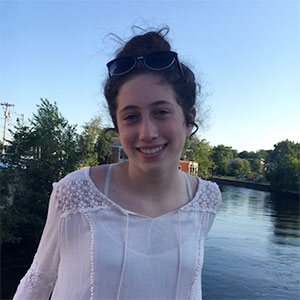 In the beginning, I had to try oral medications, which only made me sicker. When I started on a biologic, it was like a miracle. I had spent months feeling sluggish, in pain and immobile. The very day after my first biologic injection, I sprinted entire laps around Singing Beach. In just 24 hours, I had gone from a girl who could barely function to one who could keep up with her little brothers as we played together in the ocean’s waves. In that moment, I didn’t care about a weekly needle; it was simply an unlucky price I had to pay to regain mobility, energy and happiness.

I thought this is how it would now be. I was a student in high school and thought my days of joint pain and mental exhaustion were behind me. Nevertheless, after two years on my “miracle medication,” I started developing immunity to the injections. My doctors told me I needed to simply switch to another medication that would better control my arthritis; the “simple” switch, however, cost me a part of my life. My new medicine needed approval from my insurance company, and as I waited, my arthritis went unchecked. I started a new medication that didn’t work for me. Because of step therapy, I had to wait three months before I could increase the dosage, and another three months before the medication was considered a “failure.” During this process, I was in pain and exhausted.

I started noticing it was hard to keep up with the other girls on my crew team, and paying attention in class was difficult. Some days, I would have trouble buttoning my jacket and typing on my laptop. The “brain fog” and joint pain caused by arthritis had returned. My grades started slipping because of the chronic exhaustion that didn’t allow me to perform my best in the classroom. What’s more, this tiredness made it difficult to keep up my relationships, and I found myself involuntarily distancing myself from my friends to preserve energy. Lastly, I had to quit the crew team I had been part of for two years. Rowing, lifting the boats and even completing the team runs caused my arthritis to flare, and the physical pain in my joints got to be too much. 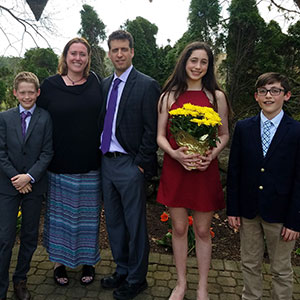 Each time I started a new medication, it stopped being effective in a matter of weeks. I had no option but to repeat the arduous process of switching to another biologic. It was step therapy protocol to test me on different injections, but in the meantime, I was truly miserable. My high school years were supposed to be some of the best years of my life. But because of step therapy, I can’t help but feel as though they slipped through the cracks.

I am now 17 and fast approaching my senior year of high school. Since my diagnosis, I have been on five different biologics. To me, every one of the long transitions between medications meant facing more physical pain and mental exhaustion. Though I have been steady on my current medicine for a few months, I am afraid that it, too, will become ineffective, and I will once again have to endure step therapy protocols. I want to make the most of the last moments I have at home and with my classmates, making my final year one for the books. Step therapy could get in the way of my goal. It is imperative that these protocols be reformed to improve quality of life for thousands of patients like me.

Together, we can help put patient protections in place and make access to care easier for all. The Safe Step Act is federal legislation that would put much-needed guardrails into place, which would make getting on the right medication easier for patients like me.

You can help! Send a message to your legislator today, asking them to support this important legislation.