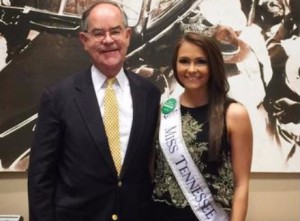 The Arthritis Foundation’s network of Advocates and Ambassadors were hard at work engaging members of Congress during the annual August congressional recess. Spanning mid-August to early September, the recess gives Advocates the opportunity to meet one-on-one with their representatives to encourage them to join the Congressional Arthritis Caucus, support arthritis-related legislation and fight for funding for arthritis research initiatives.

“It is so important for members of Congress to see and hear personally from our Advocates,” says Laura Keivel, the Arthritis Foundation’s manager of grassroots advocacy. “Putting a face and name on this disease helps our elected officials better understand the impact arthritis has on our nation. Our Advocates are able to tell their story and affect change by personalizing a disease that affects millions of people.”

For those Advocates unable to meet with their representatives, social media played a crucial role in helping spread the message that more needs to be done to treat and cure arthritis. More than 570 Advocates took to Twitter or sent sign-on letters asking their member of Congress to join the fight against arthritis by becoming a member of the Arthritis Caucus.

In total, over 40 face-to-face meetings took place, 10 new members of Congress joined the Arthritis Caucus, and six new co-sponsors signed on to the Ensuring Children’s Access to Specialty Care Act of 2015 (H.R. 1859).

“Our Advocates did an incredible job engaging their members of Congress and inspiring them to take action,” says Laura. “Thanks to their hard work these past few weeks, the Arthritis Caucus now boasts 103 members, and we have gained support for legislation that will help kids living with arthritis receive the care they desperately need. This is a tremendous victory for our Ambassadors, Advocates and the arthritis community.”