Nearly 10 years ago, I began feeling a variety of symptoms that didn’t seem to make much sense. I was exhausted and sore without doing anything strenuous, frequently weak, dizzy and nauseous. I couldn’t sleep.

I soon learned about a condition called fibromyalgia, but it took 4 years and a dozen doctors before one believed me and diagnosed it.  Over that time, I developed new symptoms, including skin rashes and painful swollen joints.  It took another 4 years and several misdiagnoses before my doctors realized that this inflammatory arthritis was part of a disease called sarcoidosis.

These illnesses have taken so much away from me. I’m no longer able to work, I have to walk with a cane for short distances and use a scooter for longer ones, and I have to cancel more plans than I can keep.  But the Arthritis Foundation has given back so much.

It’s empowering – and invigorating – to see that, even when my body won’t work the way I want it to, my mouth (and my typing fingers, when my hands don’t hurt too much) can still get things done. Not just little things – important things!

The Arthritis Foundation’s Ambassadors are a group of volunteers who have been personally affected by arthritis, like me, and who communicate with elected officials, helping them better understand the impact of arthritis and how they can help the arthritis community. I have been an Ambassador for nearly four years.

The Arthritis Foundation provides Ambassadors with training on how to communicate with elected officials, then oftentimes gives us a specific task or project to work on.

One of our recent tasks was to obtain a proclamation recognizing May as Arthritis Awareness Month in our home state.  Each state has its own procedure for how to get this done, so I had to investigate how to do it in New York.  I was excited to learn that the process begins with a State Senator, because I’ve gotten to know mine over the past few years as an Ambassador; we follow each other on social media, we’ve emailed each other about relevant issues, and I’ve met with him a few times through our annual State Legislative Day visits.  Best of all, this year’s State Legislative Day was coming up, so I was already scheduled to meet with him.

I sent Senator Latimer an email (he actually says to call him “George”) with a brief reminder of my story and how arthritis affects me.  I gave him details about the proclamation and explained how it would be helpful for the arthritis community; most people still think of arthritis as simply “grandma’s bad hip,” so they don’t realize that it can affect people at any age, or that many forms of arthritis affect more than just our joints.  Raising awareness can help people who think they might have arthritis recognize the need to get treatment sooner and can improve quality of life through better understanding from family, friends, employers and more.

I included NY-specific arthritis statistics, and told Senator Latimer I’d see him the following week.  He responded right away, getting the process started. When I met with him the following week, he checked with his staff on the status of the Arthritis Awareness Month request and explained the timeline of what would happen next.  He also agreed to support our biosimilar legislation, which later passed in the State Senate!  The following week, I checked the status of the Arthritis Awareness Month request on the NYS Senate website, and was so excited to see that it had been adopted!  Official copies of the resolution are now hanging in the Arthritis Foundation’s state and national offices.

Before I had arthritis, I never thought this type of advocacy was something I could or would want to do.  Politics always seemed so distant and politicians so far removed from my reality.  I found other ways to support those in need through work and volunteer activities. But when I became the one in need, the Arthritis Foundation showed me that I wasn’t as helpless as I felt.  Advocating for the 3.8 million people in New York with some form of arthritis – and the 52 million across the country – is truly empowering and very rewarding.

Now more than ever, it’s so important for people with arthritis to share their stories.  Our elected officials make decisions every day based on the information they have in front of them.  And, as we all know, Washington lawmakers are currently discussing repeal and replace health care legislation that has critical implications for the arthritis community. As advocates, we tell them about the issues that matter to us.  As Ambassadors, we show them who we are, so those decisions are based on us – not nameless, faceless statistics, but real people with real lives and real needs. 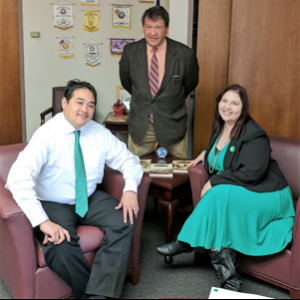